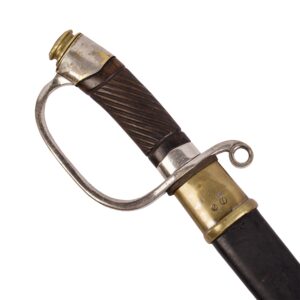 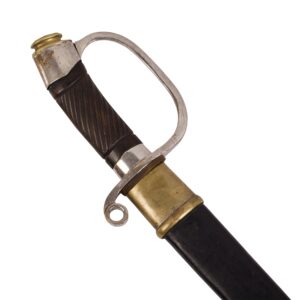 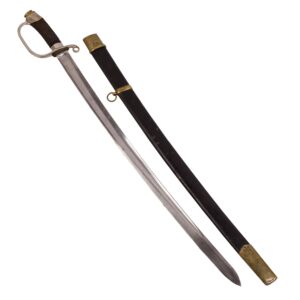 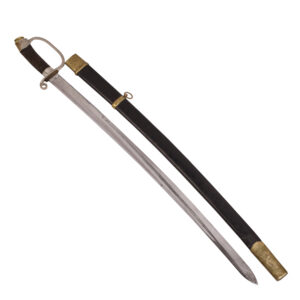 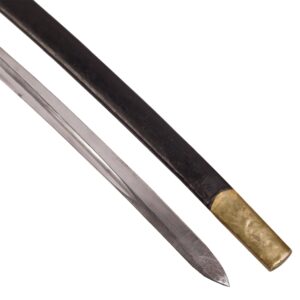 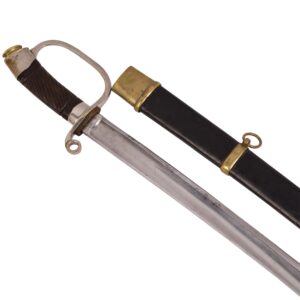 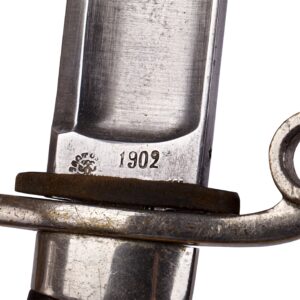 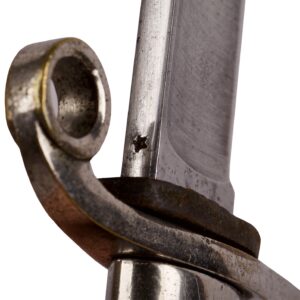 Russian model 1881 officer shashka. The model was issued between 1891 and 1909. The blade is made by Zlatoust factory in 1902. This is so-called “Soldiers blade” that was used in inexpensive shashkas or shashkas provided by the government. The chromed or nickel-plated grip is a sign that the shashka was used by police forces, probably in the Great Duchy of Finland.