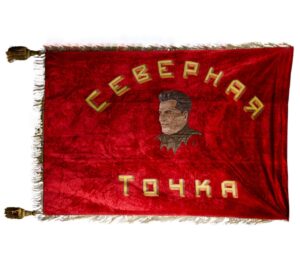 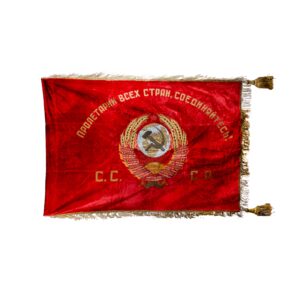 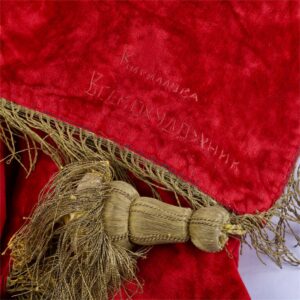 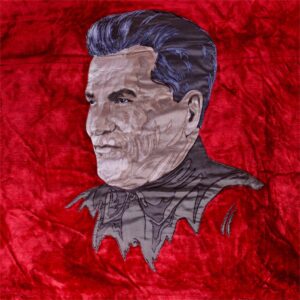 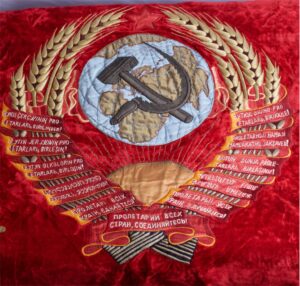 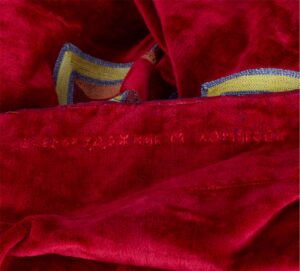 A rare memorial flag in honor of the flight of M. V. Vodopyanov ( nominated as a hero of the Soviet Union) by the route Moscow – Tikhaya Bay – Rudolf Island (the northern point of the USSR) in March-April 1936 in preparation for the First large-scale air expedition to the North Pole. On the front side there is a portrait of the pilot Vodopyanov and the sewn inscription “Northern Point”. On the reverse is the embroidered coat of arms of the USSR, corresponding to 1936-1940. All-Russian Cooperative Partnership “Artist” (All-Russian Cooperative Union of Fine Arts Workers). Moscow, 1936. Dimensions: 111 x 160 cm.