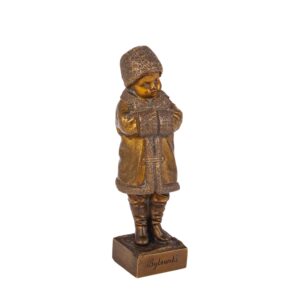 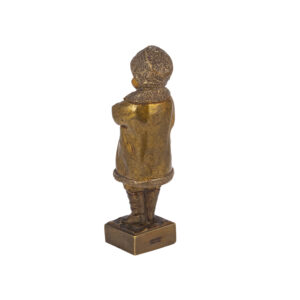 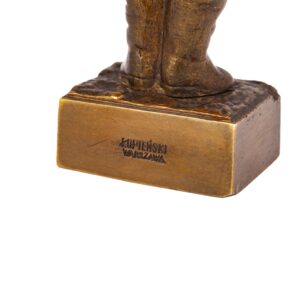 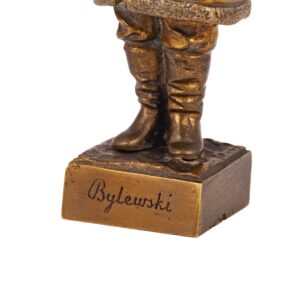 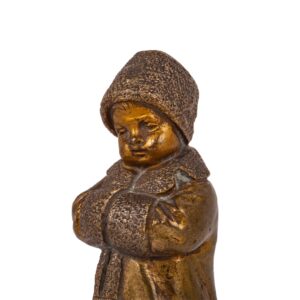 A bronze composition “Young boy in a winter coat”. Author Tadeusz Bylewski. Poland as a part of Russian Empire. Early 20th century. Height 13 cm. Native of Poles, Bylevsky had a successful career in the Russian army and in May 1917 was appointed a major-general and commander-in-chief of the Council of Polish Military Units. He studied sculpture at the Warsaw Art Academy under W. Gerson and frequently participated in exhibitions in Poland and Russia. His most important works are the monument to General Skobelev in Warsaw (1911) and memorials to Court Guard Lithuanian and Finnish Divisions in St. Petersburg (1912) See Bylevsky “Young Cadet”. Stockholms Auktionsverkt auction on 13.03.2008 lot 230 sold 28000 EUR